History of a community pharmacy 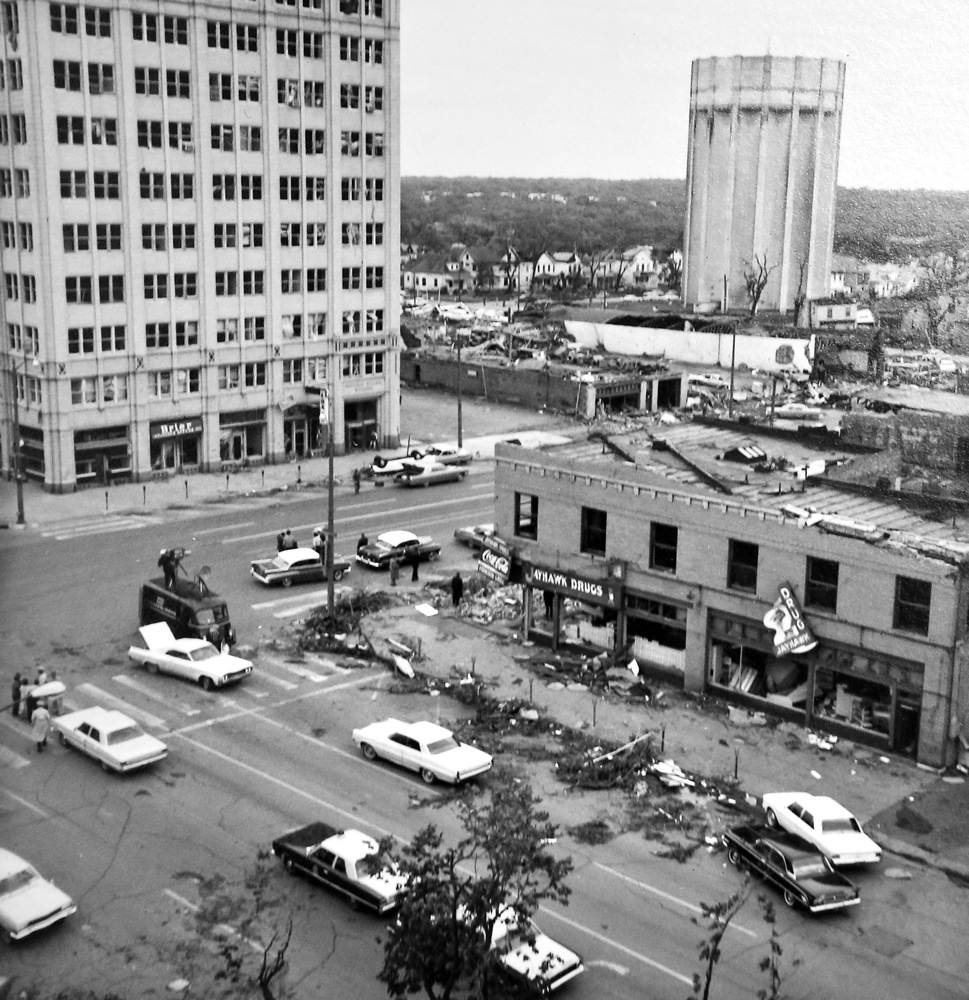 Jayhawk Pharmacy, downtown at 10th & Kansas, was damaged by 1966 tornado. Photo used with permission from the Topeka Capital-Journal.Jayhawk Drugs, founded by Robert E. Drumm in 1952, was originally located at 10th & Kansas Avenue in downtown Topeka. It was heavily damaged by the 1966 tornado that tore through much of Topeka. Jayhawk Drug was later located in the Brookwood Shopping Center and called Brookwood Jayhawk Drug, Inc. In the mid '60s, 29th and Gage was a dirt intersection and SW 29th was only a two lane road. In addition to the drug store, it had a soda fountain, cosmetics, perfumes, gifts, post office, tobacco products, record albums, alarm clocks, water sprinklers, golf balls,  magazines and nearly anything imaginable.

As a child in grade school, Michael K. Conlin had the opportunity to have his family live in the Brookwood neighborhood near “Jayhawk Drug” and witnessed the influence of a local community pharmacist upon the health of his family. During his walks home after school to have a nickel cherry coke at the soda fountain, Mike admired the owner and “druggist” Bob Drumm for his personal and professional commitment to the local community. During junior high school Mike learned the importance of his personal relationship with Mr. Drumm. Mr. Drumm gave Mike and other kids in the neighborhood a quarter for an A grade, a dime for a B and a thump on the head for a C. Bob was a part of the lives of every family that he and his staff cared for. This is a lesson that has stayed with Conlin throughout his pharmacy career.

With the inspiration and encouragement of Mr. Drumm and a high school biology teacher, Mike enrolled at the University of Kansas in 1972. After earning a degree in cellular biology, he pursued a degree in phamacy. During his pharmacy education, Conlin had the opportunity to return to Jayhawk Drug, the neighborhood drug store that he grew up around. During his pharmacy school education Conlin worked evenings and weekends to support his educational costs. This experience further instilled the importance of becoming a community pharmacist providing a personal level of patient care to help solve a patient’s health challenges. Conlin graduated from the University of Kansas School of Pharmacy in 1978, with his eye on becoming a community pharmacy owner in the future. 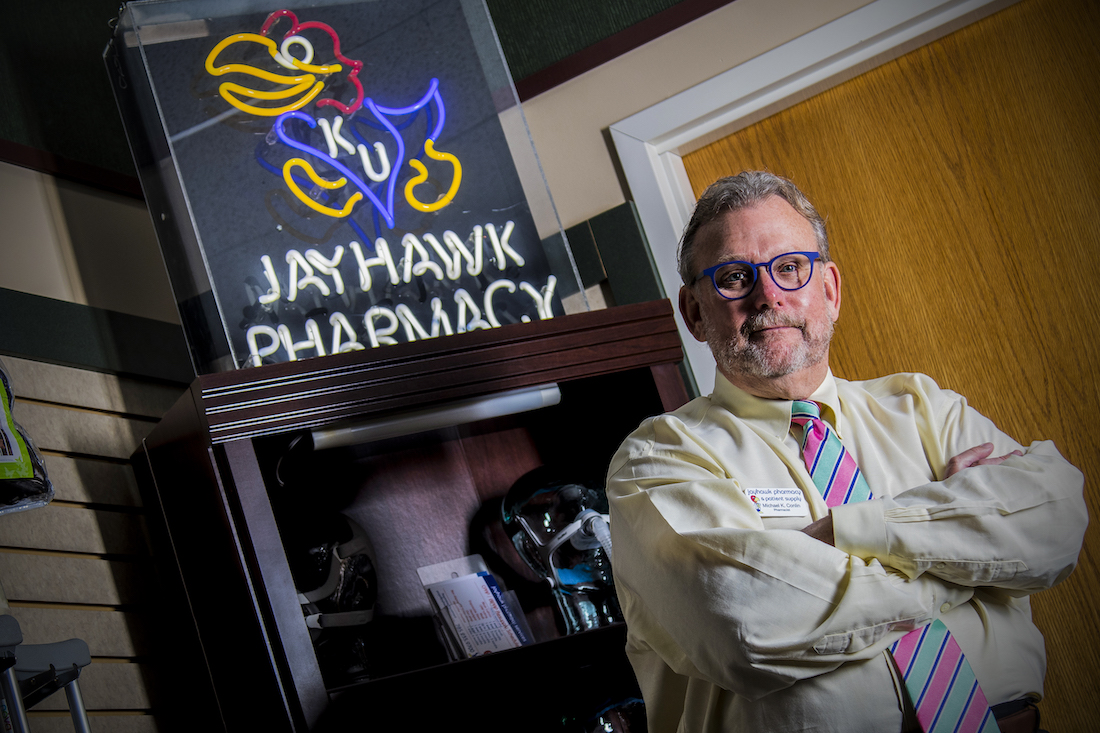 Mike Conlin and his wife, Cathy, purchased Jayhawk Pharmacy in 1988.In 1988 Conlin and his wife Cathy purchased Jayhawk Drug from Bob Drumm. The pharmacy at this time was located in a large medical clinic in the hospital corridor in Topeka. Over the course of the next 30 years Conlin and his family have sought to become strong part of the Topeka medical community. In 1997 Jayhawk Pharmacy expanded its scope of practice to include Jayhawk Pharmacy Custom Prescription Center in southwest Topeka.  Custom prescription compounding offers Jayhawk’s patients unique medications that may be difficult to swallow or no longer commercially manufactured but are clinically effective. Jayhawk Pharmacy Custom Prescription Center’s patients also include companion animals to solve their unique medication needs. Conlin became nationally accredited as a Certified Menopause Educator by the North American Menopause Society in 1998 and is the only pharmacist in northeast Kansas with this credential. Mike also holds fellowships with the International Academy of Compounding Pharmacists, the American College of Apothecaries and the American College of Veterinary Pharmacists.

Recognizing the need of his patients to have a complete continuum of care, Conlin further expanded the business model of Jayhawk Pharmacy by opening Jayhawk Patient Supply in 2009. Located near the Topeka medical community and hospitals, this durable medical equipment division of Jayhawk offers patients state of the art portable oxygen systems, light weight wheelchairs, noninvasive ventilators as well as portable wound vacuums and more. 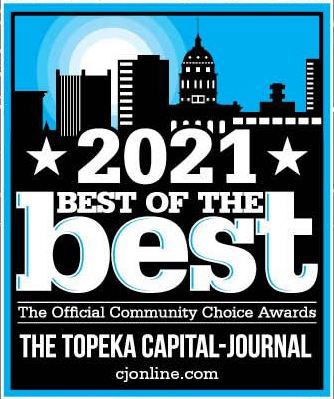 You're in good hands at Jayhawk Pharmacy & Patient Supply because our highly trained, professional staff puts your health first. Our staff includes: 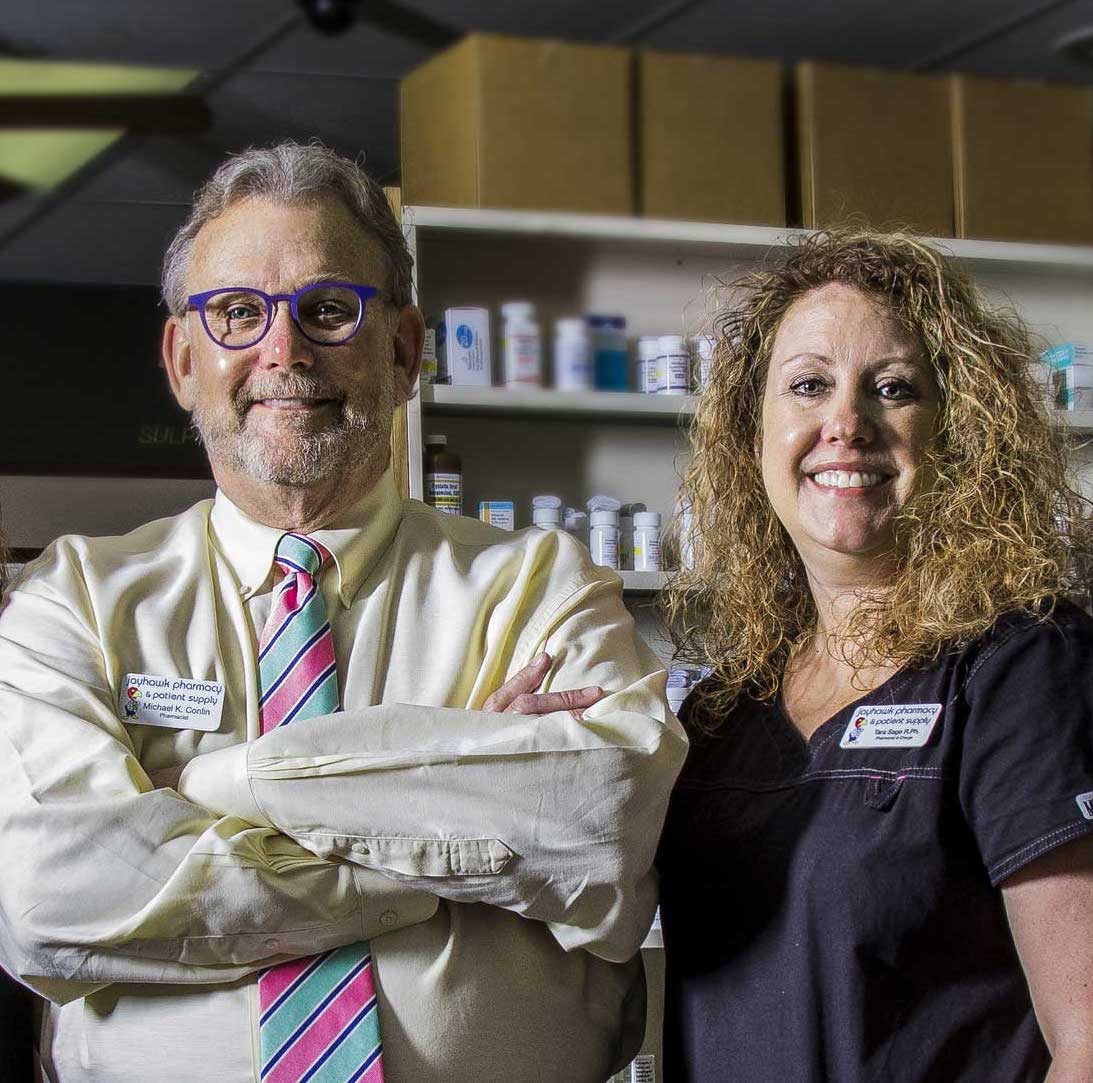